Meet the experienced and friendly doctors and staff who make Coffee Vision Source the leading provider of vision care products and services in Hope. 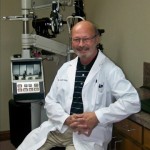 Honors:
Who’s Who in Executives and Professionals, listed among America’s Top Optometrists by Consumer’s Research Council of America.

You can schedule your next appointment with us online!